Kanobia is like Gobos a jungle, but a little bit smaller. This country is, although it does not look at him, one of the most dangerous in the world. The NPCs are not particularly strong, but it came before many times, that one or the other brave adventurers poisoned if it was too slow or too inattentive. The local economy has reacted to this and you can buy in a little shop in the south of the country including one (totally overpriced) antidote. It is also possible to view lists of the House of Observation, to which all are currently logged in players. bordered on the north by Sutrania, on the west by Terasi, on the south by Ruward and east to Gobos.

The dungeon was after the map of Lady Biene created. 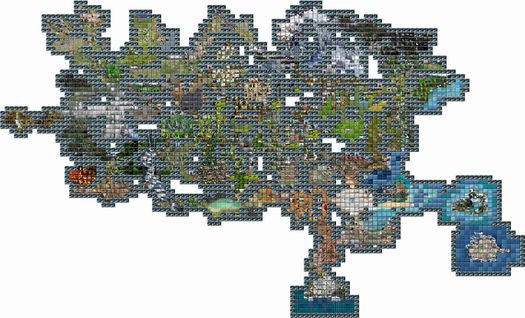